I have a friend (truth be told, she’s my daughter’s friend but because I have an awesome daughter, she shares her friends with me and I’m the better for it). This mother of two young daughters recently witnessed a pretty severe auto accident. I believe she, with her daughters in the car, came upon the scene pretty soon after it had happened. It was obvious, to Mom anyway, that this was an accident with serious injuries perhaps even fatalities. Because traffic was stalled to allow emergency and police assistance, their view of the accident was prolonged. To the credit of the emergency personnel the victims of the crash were shielded from curious onlookers. 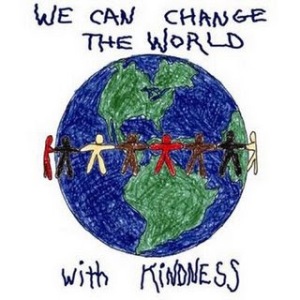 While contemplating the gravity of the situation, the 8 year-old daughter began to pray the “Hail Mary”. All Catholic school children learn this prayer and most can recite it from memory. It’s an ancient prayer imploring Jesus’ mother Mary to pray for us and all those in need of God’s mercy, especially those near death. This act of kindness was not prompted by Mom nor was it in any way expected. Mom’s concern at that moment was protecting her daughters from viewing possible carnage. What happened next was the five year-old daughter praying an “Our Father” or the “Lord’s Prayer” for those strangers on the roadside. Again unprompted and unexpected. Those beautiful girls witnessed to their mother in a simple yet profound way.

This story gives me hope for our future.

In the atmosphere of contentious and nasty political battles, where we have to shield our children and grandchildren from each news story or risk the possibility of having to explain why someone would say or do what is being reported. In a time where communities are torn apart due to racism and poverty, in a world where we live in fear of terrorism, it is comforting to know that these two young girls brought Jesus to those strangers on the roadside. They didn’t need to know who they might be voting for; they didn’t need to verify the color of their skin or their religious affiliation; it didn’t matter if the inured were young or old or rich or poor. These girls gave of themselves without any expectation of repayment or reward.

“A man fell victim to robbers as he went down from Jerusalem to Jericho. They stripped and beat him and went off leaving him half-dead. A priest happened to be going down that road, but when he saw him, he passed by on the opposite side. Likewise a Levite came to the place, and when he saw him, he passed by on the opposite side. But a Samaritan traveler who came upon him was moved with compassion at the sight. He approached the victim, poured oil and wine over his wounds and bandaged them. Then he lifted him up on his own animal, took him to an inn and cared for him. The next day he took out two silver coins and gave them to the innkeeper with the instruction, ‘Take care of him. If you spend more than what I have given you, I shall repay you on my way back.’ Which of these three, in your opinion, was neighbor to the robbers’ victim?” He answered, “The one who treated him with mercy.” Jesus said to him, “Go and do likewise.”  Luke 10:30-37

Or we can love. Thanks for the beautiful example girls and for giving me hope again.