Most Sundays my two year old granddaughter Anna is usually her wiggly-giggly self at Mass.  It’s not that she’s bad (in fact I find her immensely entertaining much to the dismay of her parents).  It’s just that she’s two!  She “reads” her books out loud.  Which means that she has memorized them and recites what she knows.  She just doesn’t use her ‘church voice’; she “reads” them OUT LOUD.  And she loves to climb on the kneelers; hang from the hymnal holder; and sometimes belly crawl under the pew in front of us.  Again – she’s only two.  And she’s adorable!  It’s not that she’s really that disruptive but she (we) gets looks of disapproval from her parents and sometimes even threats of THE DREADED TIME-OUT.  Depending on the celebrant, sometimes Mass seems like a ‘time-out’ to me anyway, but I digress…

This past Sunday Anna was especially “entertaining” and at one point I thought for sure she (we) was headed for a scolding.  But things calmed down and she (we) behaved herself.

And then the most incredible thing happened.  Her one month old baby brother Noah let out the tiniest little squeak.  Not really a cry but more of chirp.  Anna bolted upright in the pew and asked, “Why is Daddy not taking Noah out to the car?”

Really???  Little Miss ‘Ants in Your Pants’, you’re questioning why Noah is not being removed from the building?  We all had to laugh at that!  And of course why wouldn’t she question it?  In her mind Noah was crying and should have to go to the car – period.  Her previous silliness was not the issue.

Later reflecting on what had happened at Mass it occurred to me that I frequently ‘act like a two year old’ myself.  Often I think that someone else should be dealt with severely for some offense or indiscretion.  If I was guilty of the same thing I would expect tolerance or understanding but if another were found culpable I would want justice – my idea of justice anyway.  It’s easy to fall into that trap.  I want someone else to pay for their sins but when it’s me then maybe what I did wasn’t so bad after all.  There’s that ‘two year old’ mentality. 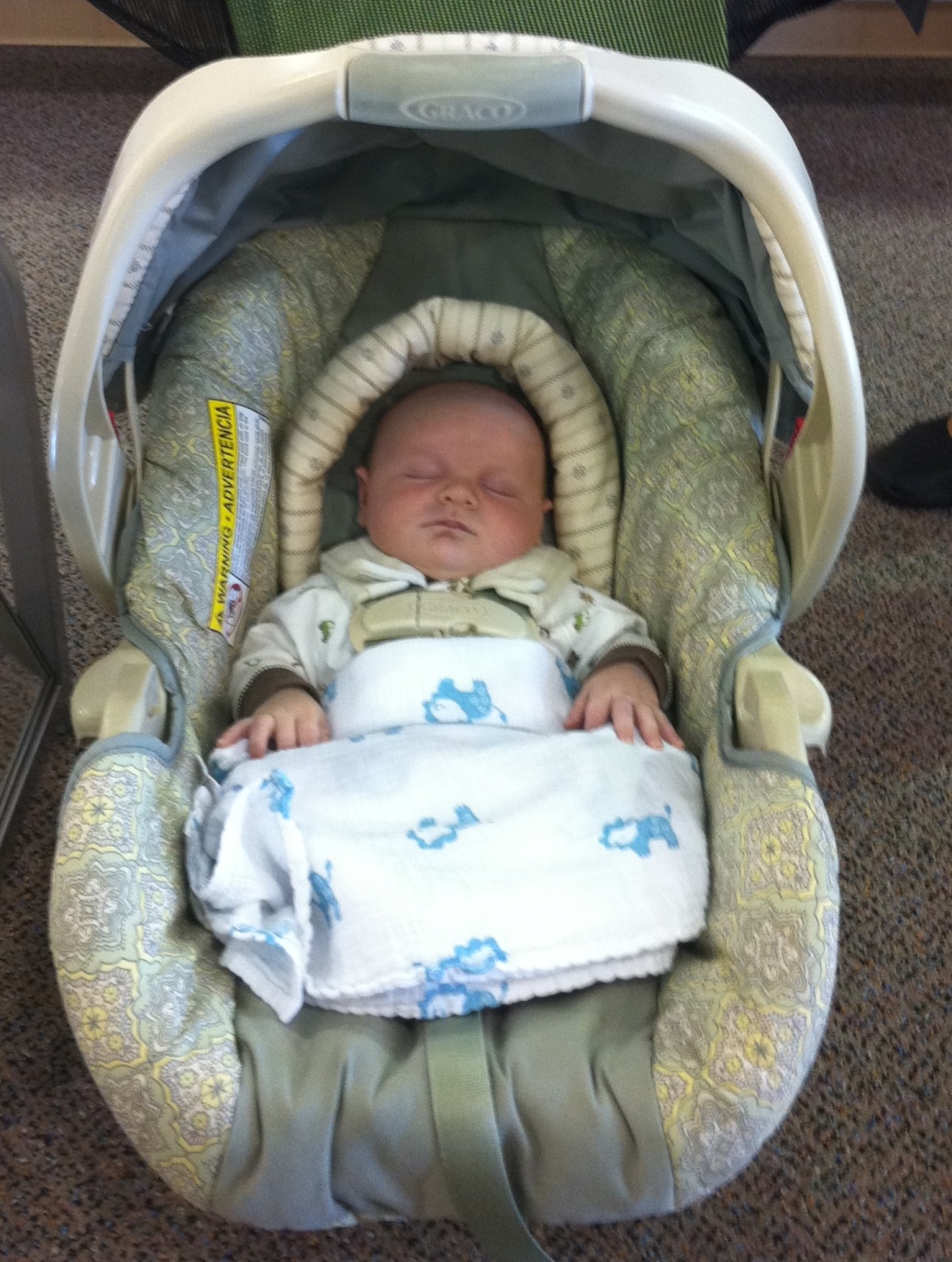 Noah - an angel without wings

In the meantime, I just hope that Noah doesn’t ‘act up’ in church any more.  Anna and I expect better of him.