Remember the “Seinfeld” episode where Jerry is flying First Class while Elaine is stuck in Coach? He’s being feted while she’s suffering through a miserable flight. At one point the flight attendant asks Jerry if she could get him “more of anything” – his response, “More of everything!”

I spent three days in Las Vegas this week where the slogan is “What Happens in Vegas – Stays in Vegas” but I think “More of Everything” would be an equally fitting slogan. After all over-indulgence is what Las Vegas seems to be all about. There’s too much food, alcohol, gambling, skin, etc., etc., etc. Most folks seem to leave Las Vegas with heartburn, hangovers, empty pockets, regrets, and shame (you know who you are!).

So why the attraction? Why do millions flock to Vegas each year? Is the desire for “more of everything” so compelling that ordinary folks lose all sense of decorum and reason? Are we a society that is morally bankrupt? Is mankind really willing to abandon everything that is virtuous for a good time? I don’t think so. I don’t believe most people go to Vegas to become hedonistic pleasure-seekers. I think most (like me) are sent there for business conventions. The rest are probably just looking for a fun get-away with built-in entertainment. And if you get bored with the casinos and the shows you can take a tour of the Grand Canyon or play a round or two of golf. So it’s not a bad destination – all things considered.

But as with most things in life – I’m the odd man out. I’m not a gambler. I’m not much of a drinker. And I’m too cheap to pay $150.00 to see a “Vegas Headliner” (whose show will be aired on HBO or Comedy Central in a few months anyway), I don’t play golf, and I don’t have a burning desire to join a bus tour (with a bunch of senior-citizens) for a tour of Hoover Dam. So what’s a guy like me doing in Vegas? PEOPLE WATCHING – that’s what! 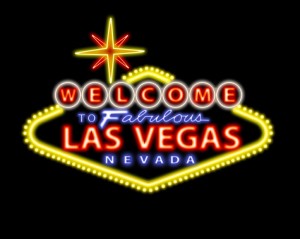 I love to walk “The Strip” and watch (sometimes stare at) the other people in Las Vegas. I try to imagine what their story might be, or why in hell they chose to wear those plaid shorts with that striped shirt. Sometimes I just find myself in utter amazement that people must really believe that “What Happens in Vegas – Stays in Vegas” because nothing else would explain their behavior/attire/choice of companionship. And I’m not judging (well maybe a little) – I’m just observing. I suspect that some of these folks must live pretty dull lives and this week or few days in Vegas is their only opportunity to “make up for lost time”. Or maybe they’re just someone who stifles or suppresses all their creativity or playfulness and can only “let loose” when no one is watching – so to speak. But I’ve got news for you, nerdy accountant from Des Moines or frustrated housewife from Memphis or neglected store clerk from Baltimore – I’m watching. I’ve been watching you partake in “more of everything”. And I’ve been a voyeur at your expense. So there’s my shame.

Vegas revelers, while God’s is forgiving you for your over-indulgences, I hope that He forgives me for staring (and sometimes laughing) at your humanity. We all want “more of everything” at times. But as the saying goes: BE CAREFUL WHAT YOU WISH FOR – YOU JUST MIGHT GET IT. Because let’s face it; what happens in Vegas will probably follow us home…